Choreographer Daria Faïn and poet Robert Kocik spoke with CC Co-Editor Marissa Perel about their opera/Greek tragedy/choral poem "E-V-E-R-Y-O-N-E," scheduled to open October 31, 2012 at New York Live Arts. Due to Hurricane Sandy, the production was cancelled, however in a series of posts exclusive to CC, Faïn and Kocik relate their process. In Part 2, the artists discuss working with a libretto, historical research, Chinese energetics, money as a shared resource, and levels of engagement with the work.

Marissa Perel: Is there a process of transmuting the pain from the use of language as a system of power in order to be able to work on the phonemic level? How do you go from that awareness of oppression, and how that lives in the body, into a different level of awareness?

Robert Kocik: Your question is exactly the project of the choir. We move the language out of the place of power and into a vulnerability, admonishment. One of our characters is “the optative,” which is the voice of beginning, pleading, wishing things were otherwise. The optative voice doesn’t exist in the English language, though it does in others. We don’t have an emotional tone for that, or for resolution, or seeking resolution. From video still by Iki Nakagawa

Daria Faïn: One of the reasons why I enjoy working in this mode is that I am a natural mediator. It’s very different than choreographing a dance piece. I am working from a libretto, and just activating the scores, creating clarity, making the scores come to life. It’s very liberating because it’s about observing the people, and creating ways for our awareness of one another to come into focus.

MP: You’re working from a libretto? Is this an opera?

DF: It all started when Robert gave me this book, The Many Headed Hydra, and I read this history of America as a tragedy. The book really crystallized my understanding of America because I’m not American, and I’ve never completely understood this culture. I thought, “we have to use this, and we have to make a tragedy in order to try to heal this history.” We already had the choir so it made perfect sense to use it for this concept.

RK: Yes, to tell this story not with language, but through language.

MP: Which started in the perineum of J.P. Morgan (laughing).

DF: Exactly. It started in the perineum! Well, it’s interesting because the kidneys rule the sexual organs in Chinese energetics, and they are also considered the “Ministry of Finance”. Each of the organs corresponds to a different governing body.  The heart is the Emperor, the lungs are the “Ministry of Justice,” the digestive organs are the “Ministry of Agriculture,” and the liver is the “Ministry of War,” extending outward from vision, saying, “I want this, I want that…”

Kidney energy begins in the perineum, is the “Ministry of Finance,” and is about the resource of water. When I performed “Begging” as part of the process of this piece, I was envisioning preparing the earth to receive water. Have you heard of the book, Blue Gold? It is all about the precious resource of water.

RK: The commons was a shared means of subsistence for people, for their livelihood. It helped people survive. We are considering money as part of this shared resource. We’ve been working hard to raise money, Daria performed “Begging,” we raised money through U.S.A Artists, and have a benefit committee. This is not just to support the work practically, but to also call attention to money as a resource as part of this practice. We have a part of the performance that is about working with the fire element in the kidneys, which is all about money.

MP: It seems like your process for the performance and production of the piece is a total experience.

RK: Yes, it is definitely meant to be full circle.

MP: I wonder what it is going to do to the audience? Is it meant to affect the audience on this very deep energetic level?

RK: Well, we are just doing it. We have this material worked out that is for us to move through this deeper level, but we don’t expect it to affect everyone this way.

MP: E-V-E-R-Y-O-N-E is a fusion of your respective art forms – language and movement coming out of your healing practices and combining to create a kind of “energetic opera,” but you’re saying that the audience can appreciate it on the level of art without going deeper?

DF: It took so much work to integrate all of these levels [of experience], and I’m always afraid it won’t be understood that way by the audience. People want to take things at face value, and are not necessarily open to listening on a deeper level. Or it’s interpreted in a superficial way for a snap judgment.

DF: Yes, it is. For us, it’s a tremendous opening to a new way of working, but I feel that normally when people see a certain set of references, certain things are assumed or misinterpreted, and the reality of what we are dealing with then gets over-generalized. If you have time and are open to seeing this on a deeper level, then it can have a deeper effect, but otherwise you might not share our perspective. RK: At the same time, I’m not an apologist for our work and for our practices. A line that comes up often in the piece is, “part of what is said is what can’t be said.” So, the unspoken is part of what language is. You can’t separate the two. The reason we know words can’t say everything is because of words. So, we’re in the tacit there. We’re coming into and out of the tacit in the unspoken and the unspeakable all the time. If I can say it, I’m also not saying it.

I like to describe what the practices are because that might be all that people have. They might not practice it themselves, so if they can hear me describing it wholly or well enough it might be what they need to understand. Whether your epiphany happens through words or movement or stillness or conundrum, it’s kind of all the same.

MP: That’s the interesting thing about what Daria is saying. You can see this piece and choose your own adventure depending upon which level you choose to engage with.

RK: Yes, like Daria said, we don’t want to give people their experience.

MP: That alone is a revolutionary sentiment about performance, versus the way the word “production” is exactly meant to be a product.

RK: For instance, we have sonic sequences to stimulate the endocrine system. Do they really do that? For me, when I put them together, they do. I put them together over a span of 3 weeks to figure out how to circulate peptides to make emotion have equal power in every part of your body. It’s the adventure of experimenting with it. Maybe this doesn’t work for some people, but it’s the radicality of this gesture that makes me invested. I’ve taken it this far, so if this isn’t what stimulates your endocrine system, then what does? I’m showing that sonic sequence can influence biochemical processes. If your process is different, that’s also real. Still, I’m interested in people really knowing that I’m dealing with this.

MP: Well, it is the fullest way to talk about it, as we have in this conversation. I know for Daria, being an explorer of energetic states and being a teacher of healing practices have always played such a fundamental role in your artistic process, but at the same time you have this dance training, you can choreograph. In your work, these methodologies commingle, or play against one another.

DF: Traditional dance is meant to do both. It doesn’t keep them separated. They were looking to do something very specific to the audience, it is a science throughout the centuries, and it’s not by accident. I always feel like as contemporary artists we’re saying that we’re interested in affecting the audience, but I don’t know if we really are.

This year I saw a dance company from Bangalore at the Joyce, and I got out and asked, “What else can you do?” The level at which I was moved in my body and spirit - I was just completely elevated. I felt really humbled as an artist. The form they are working with is totally full. It reinvigorates my work with the choir because I want to invest my knowledge of all of these levels of experience into it, into the complex organism of the group. 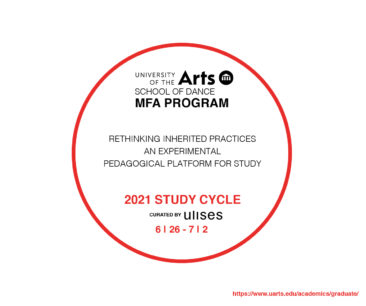 Of mixed Mediterranean origins, Daria Faïn was raised in France and has lived in Brooklyn, NY since 1996. Her performance practice is informed by four decades of studies in the Asian philosophies of t...
Read More

is a poet, architect and economic-justice activist. He has studied poetics at the New College in San Francisco and engineering at the Ecole Polytechnique IBOIS in Lausanne, Switzerland. He has apprent...
Read More

Perel is an interdisciplinary artist whose work is centered on disability and queerness as they relate to care, consent, power, and sexuality. They are a Mertz-Gilmore AIR at Movement Research (2018-2...
Read More